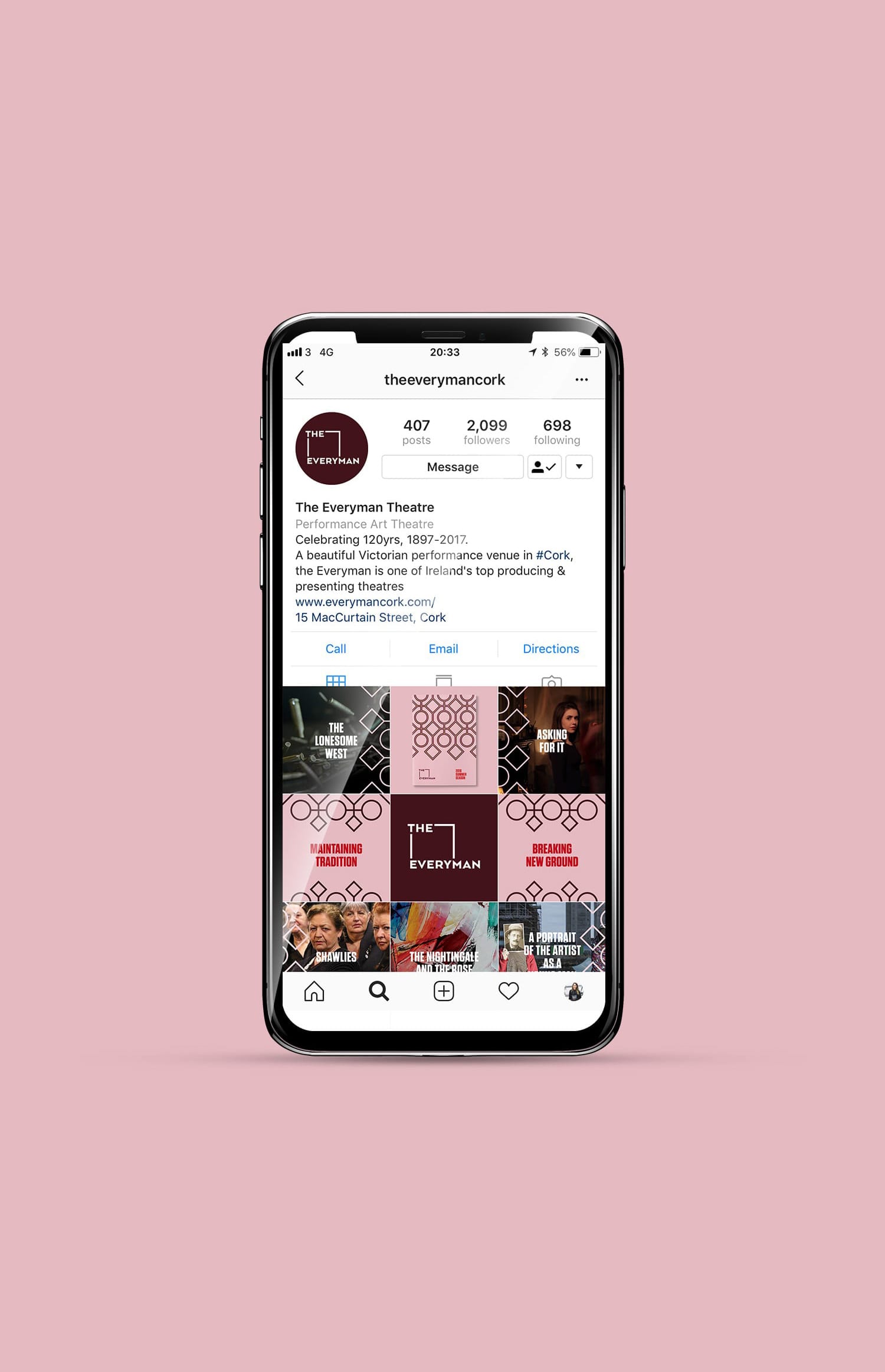 The Everyman Theatre is a 650-seat Victorian theatre on MacCurtain Street in Cork, Ireland. Originally opened in 1897, it is the oldest purpose-built theatre building in Cork. The Everyman has undergone many changes in its time: once a cinema, had periods of disrepair, and redevelopment as a modern theatre in the 1990s.The theatre is housed in a listed (protected) Victorian building with a large stage and auditorium, with proscenium arch, four elaborately decorated boxes, a studio space and a bar.

In 2018, the everyman decided it was time to modernise the brand and visual identity of the theatre while preserving its incredible elegance. The goal was to create a place fo every man, every woman, every show, every artist, everyone could meet and immerse themselves in the world of the Arts. A place where they felt they belonged.

We designed a new visual identity that could be translated across all plays, events, pantomines, choral concerts, comedies, operas. A brand identity that appears more accessible. A theatre for all. Classic, elegant with a modern twist, we took the identity across signage, brochures, ads, and seasonal event programs. 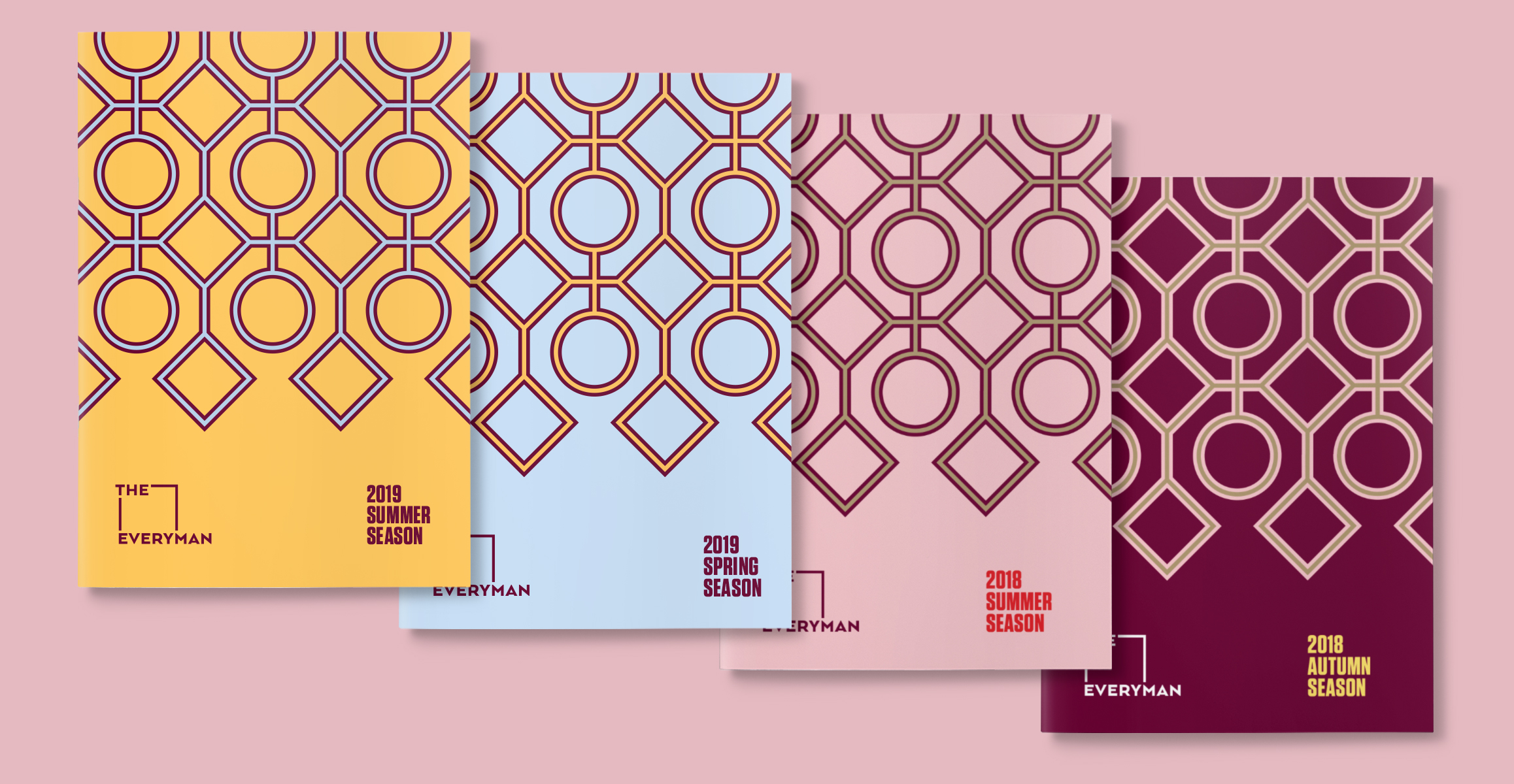 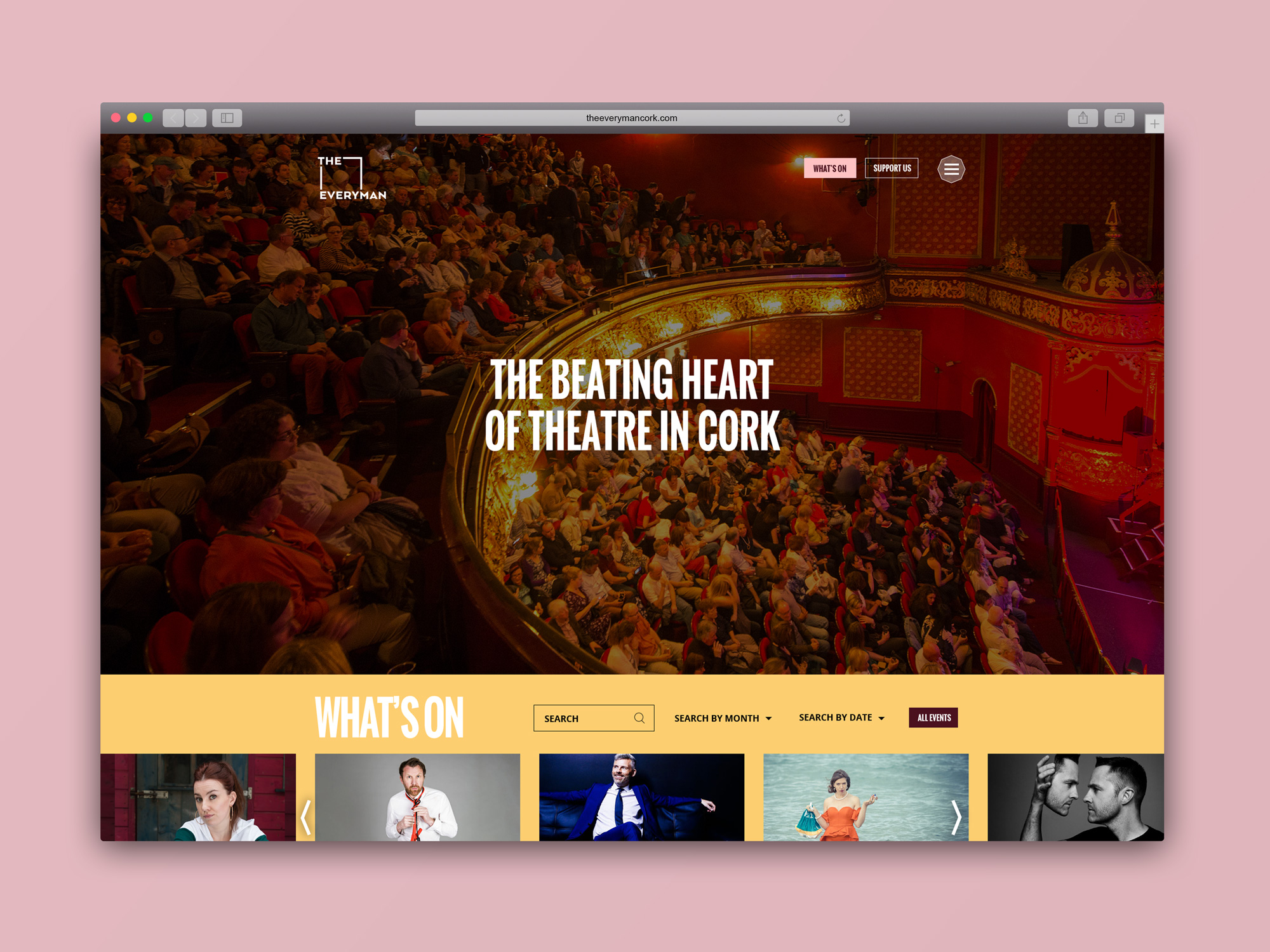 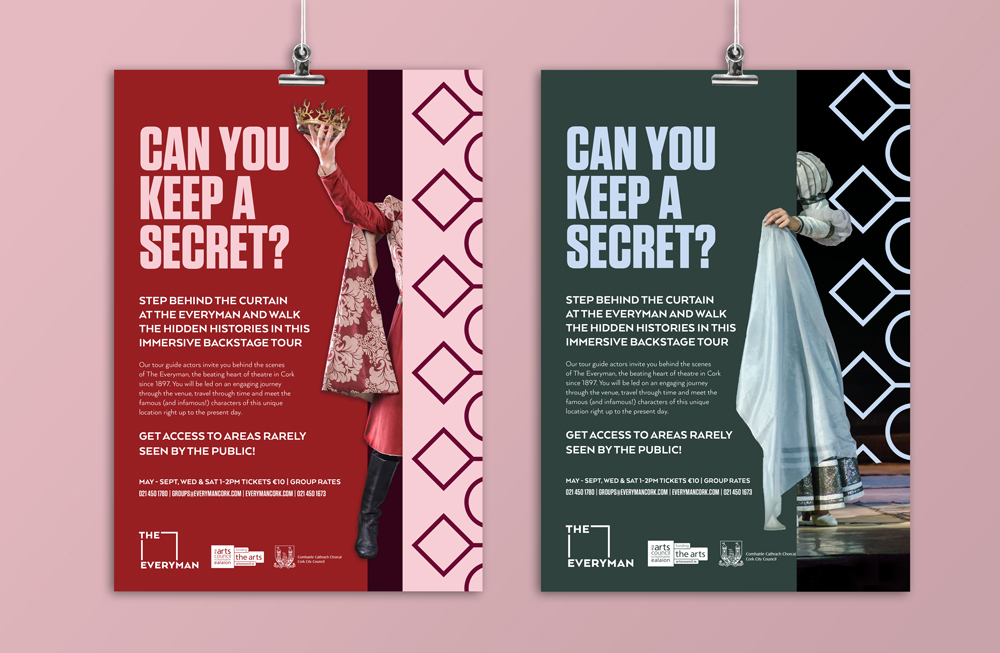