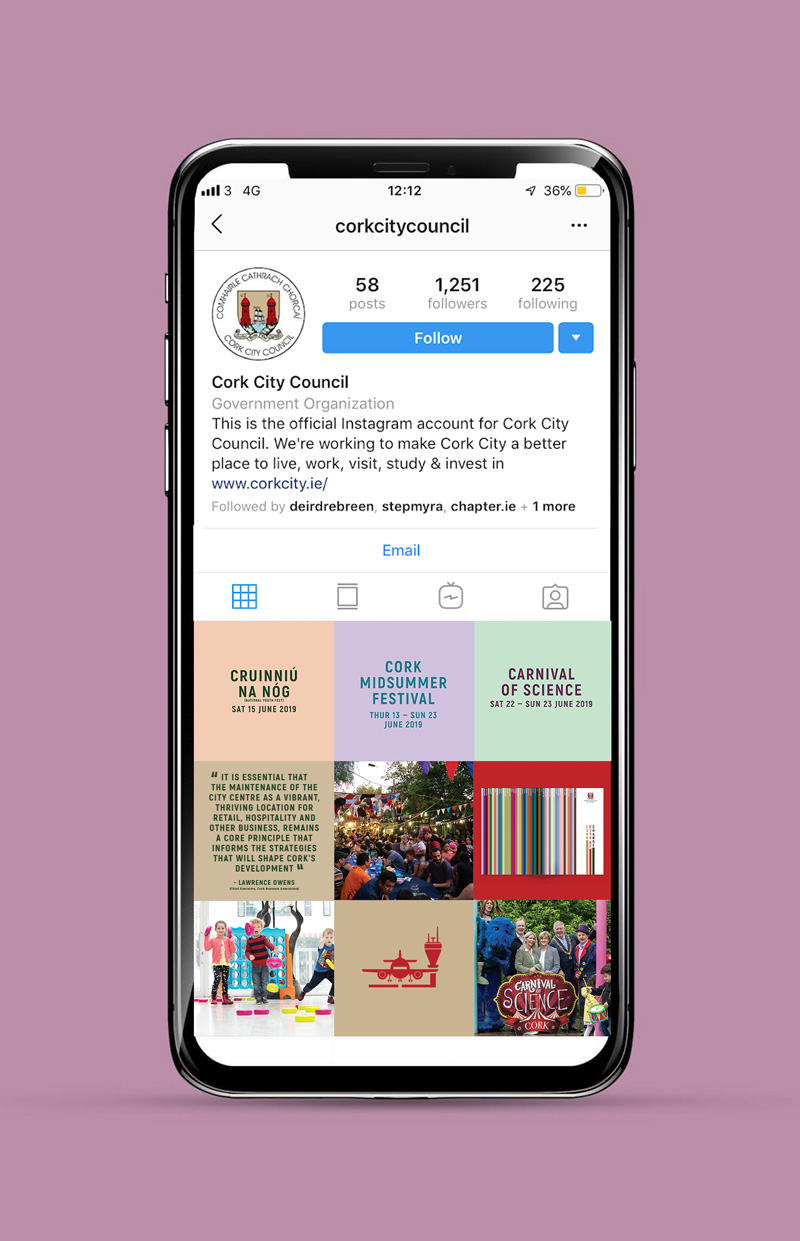 The brief was to create a campaign to promote the new Cork city boundary change, the focal point of which would be video content. This was the biggest boundary change in Ireland in 50 years. The campaign needed to both inform and excite the audience. It had to speak to Cork city residents, current and incoming, as well as potential investors.

Throughout the process, we were mindful that a number of the 16 new neighbourhoods being welcomed on 1st June 2019 were rural, and that all areas had fostered an identity of their own. However, regardless of where you live in Cork, friendliness, wit, and a sense of pride binds people together. In shaping our concept we spoke to passionate historians, residents and developers. We identified and brought to life all of the individuals, interest groups and families impacted by this change. We crafted a core colour palette of three colours to represent Cork’s past, present and future, while each new neighbourhood was assigned its own vibrant colour, reinforcing the point that each neighbourhood has the right to maintain their own identity whilst belonging to something bigger.

Through the video piece, we wanted to take people on a journey from Cork’s history as a series of islands to the present boundary change and on to a very exciting future. Through our research, we recognised that the measure of a great city lies in its ability to flourish in areas of education, economy, sustainability, culture, heritage, diversity and sport – and so it was important to showcase just how strong Cork city actually is in each area. We also felt strongly about communicating the pertinence of not resisting progressive change but in looking after this great city. Through this thinking, the concept of a ‘borrowed city’ was born.

We highlighted the value of building a sustainable city that is future-proofed, not only for the next generation but for the ones to follow and that the boundary change is a pivotal piece of development in creating this ambitious future. To communicate our idea of the ‘Borrowed city’ we used local Cork children’s’ voices to narrate the video, supported by a soundtrack from Cork artist Boku. The video script was written in-house, with editing and direction conducted in-house also. The video was met with a hugely positive reaction with over 40,000 views across social media. On the same day, 20,000 copies of the national newspaper insert were circulated and the campaign’s captivating colour palette inspired many to read on and learn about the developments. The social media campaign was then launched, balancing facts and statistics with interesting nuggets of information on Cork’s history, present and future, with an individual style assigned to each content topic for an interesting and flexible campaign. 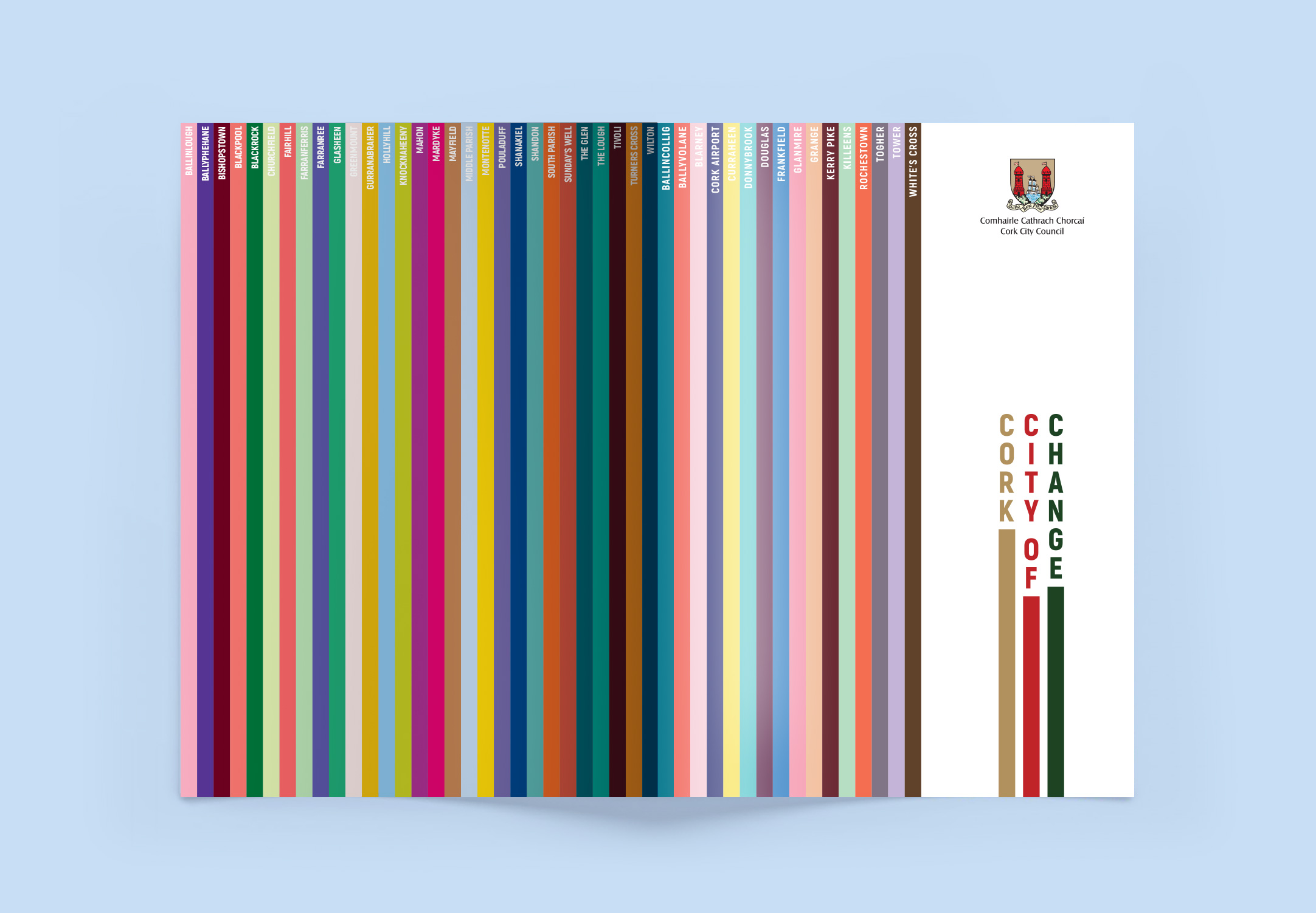 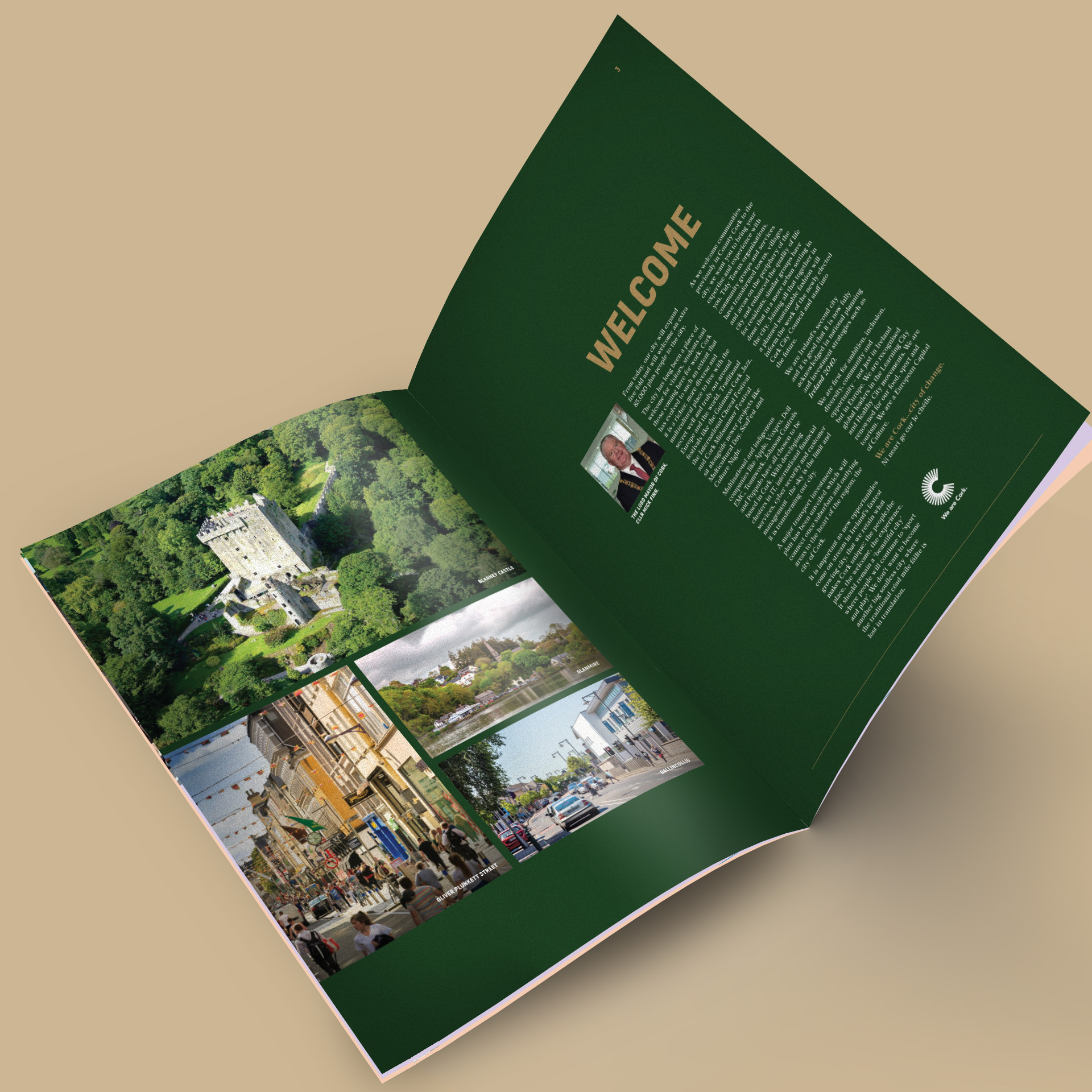 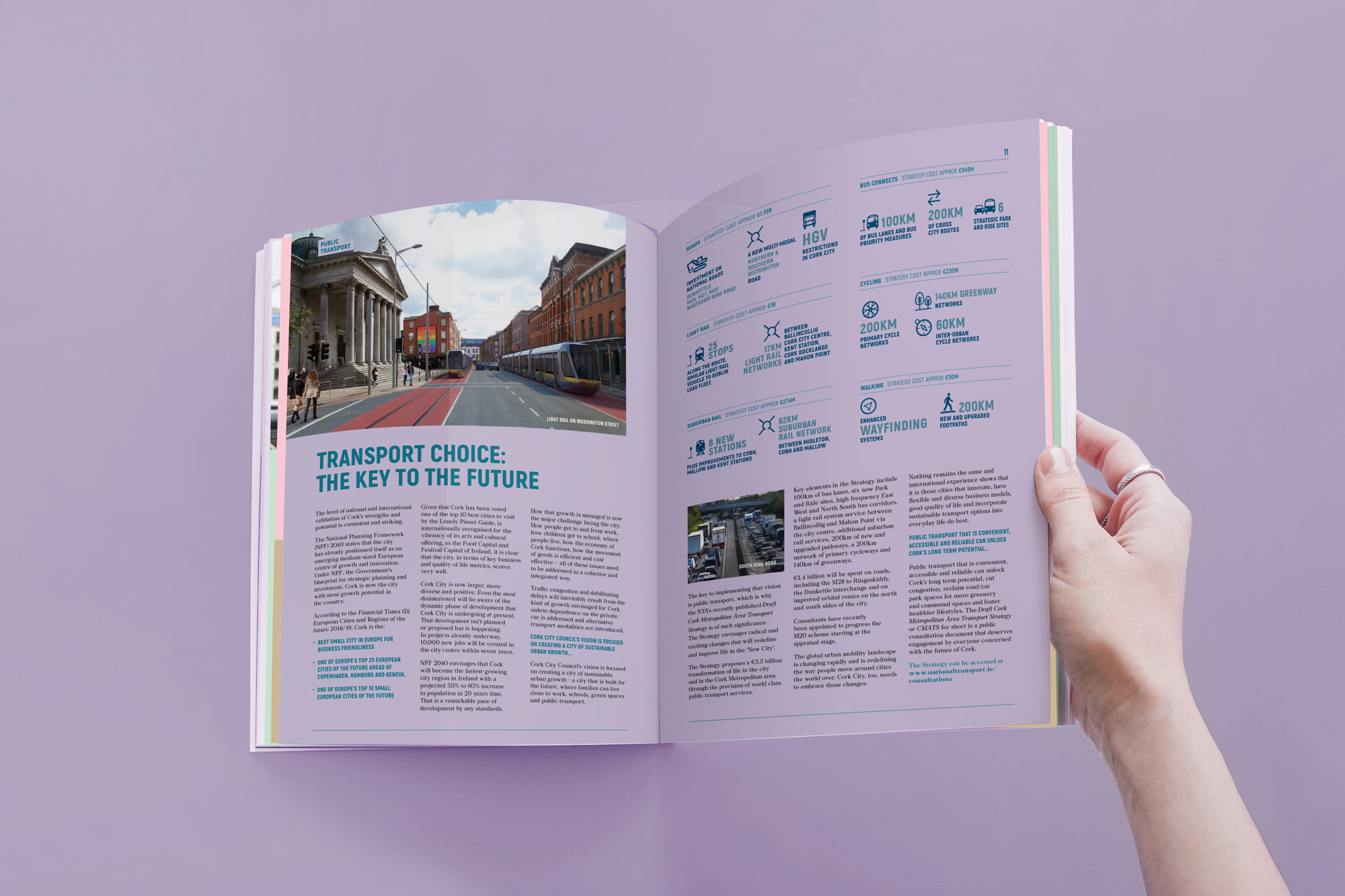