We were approached by the Port of Cork to work on a project which was not only great for the local community but also for the whole province. The ambitions were big for the Cork Container Terminal (CCT) at its deepwater facility in Ringaskiddy, which represents one of the largest single investments in marine infrastructure in an Irish port in a century.  We were tasked to create a campaign for the Port of Cork to support the competition for primary school pupils in the harbour area to name the two new ship-to-shore cranes. The Name the Cranes competition was launched, igniting the imaginations of the local school children with multiple items we designed from posters to T-shirts and animation. Eleven Cork harbour schools were engaged, where the teachers encouraged students to come up with many creative names.

In May 2022, the two giants were christened Mahain and Binne by Crosshaven Boys’ National School. The giants were brought to life inspired by the rich history of the names & their story. We worked with Carrig Signs on the tremendous task of creating giant vinyls approx 17 metres high design to withstand the Irish harbour climates. The ambitious signage we undertook was expertly executed by 3:rock. The concept inspired by the two towering giants looking down, was represented by tilted lettering to be seen both near & far. We also collaborated with Artist Michelle Urban to both illustrate the giants capturing the essence of the folklore & create a vibrant & engaging mural on site. Big imaginations lead to achieving giant things. 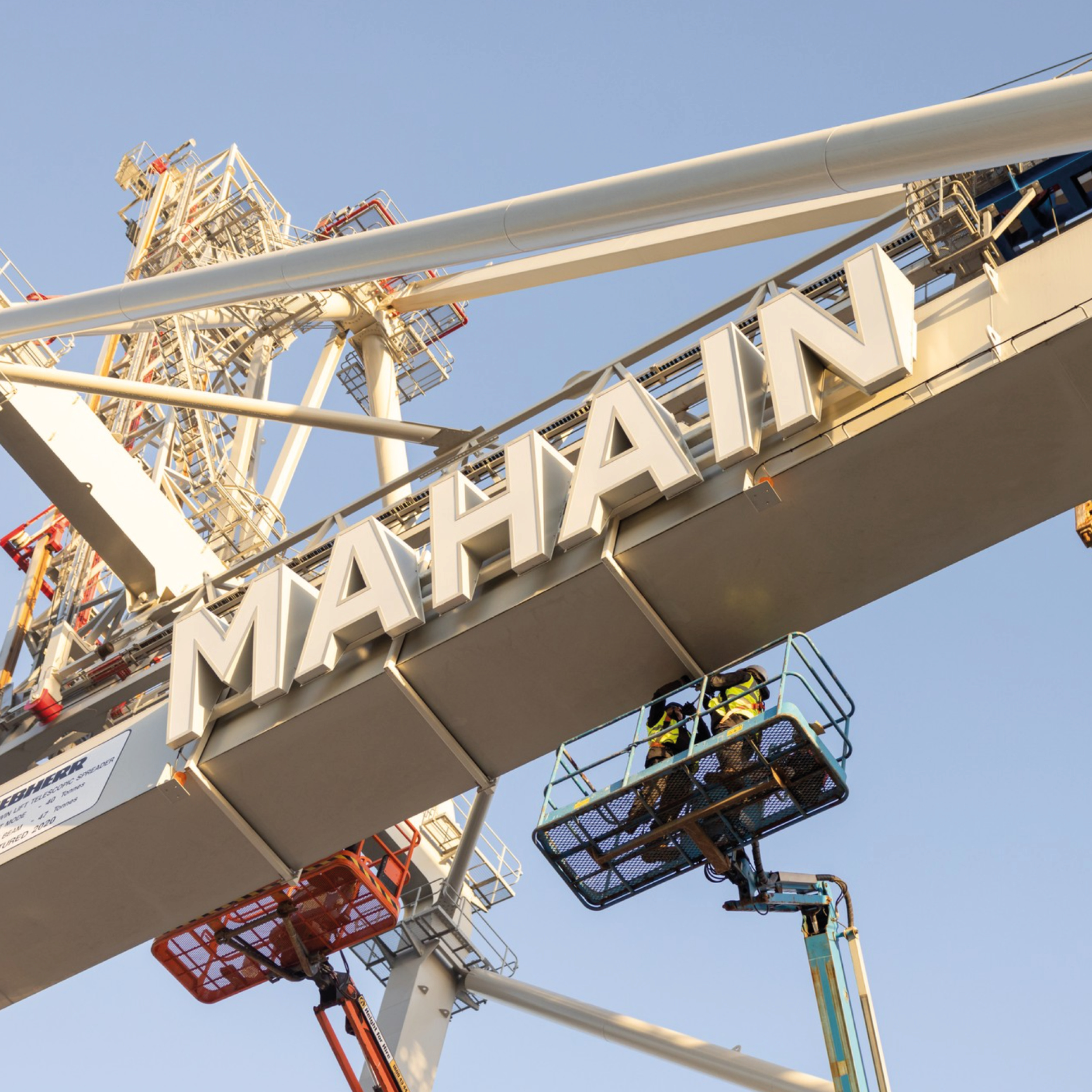 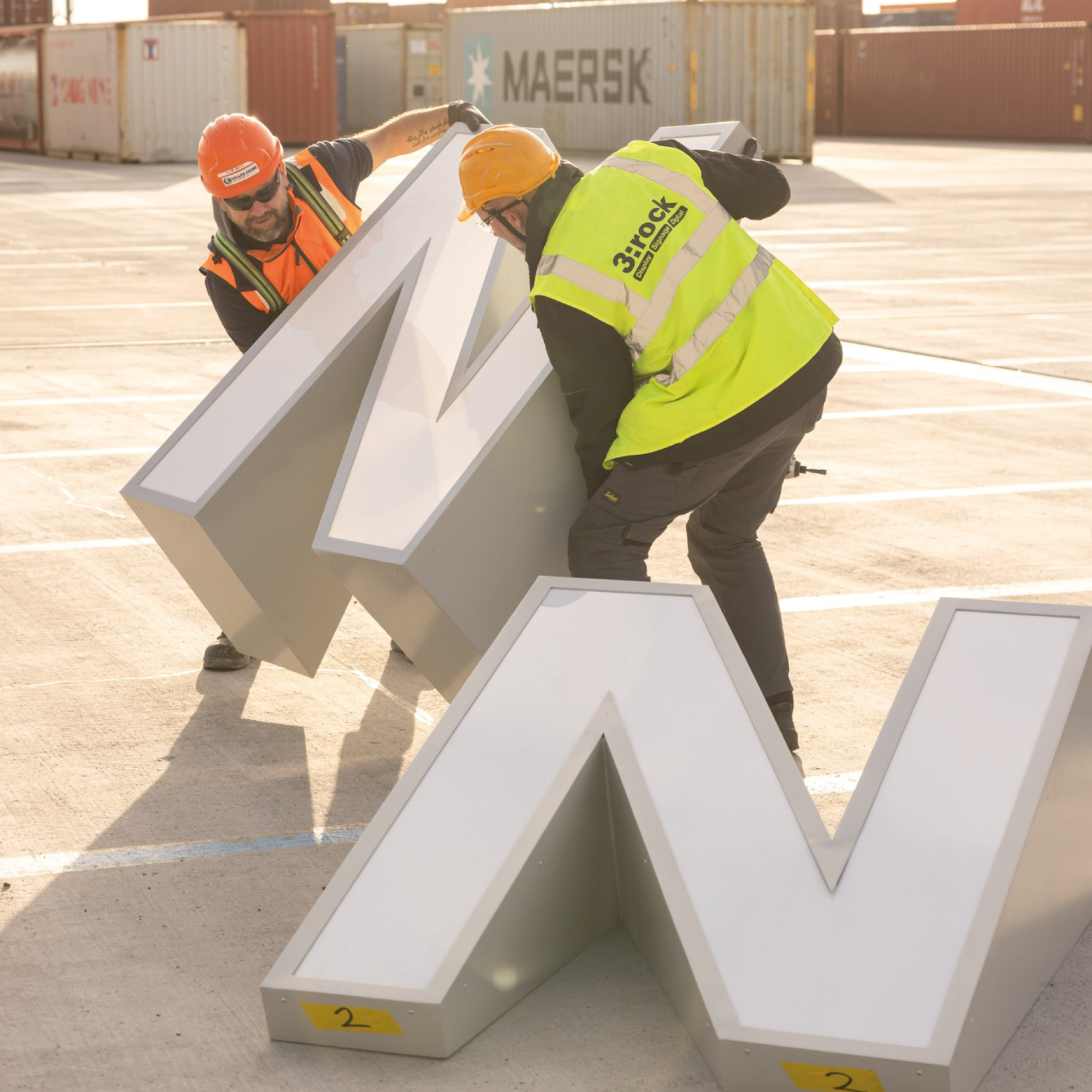 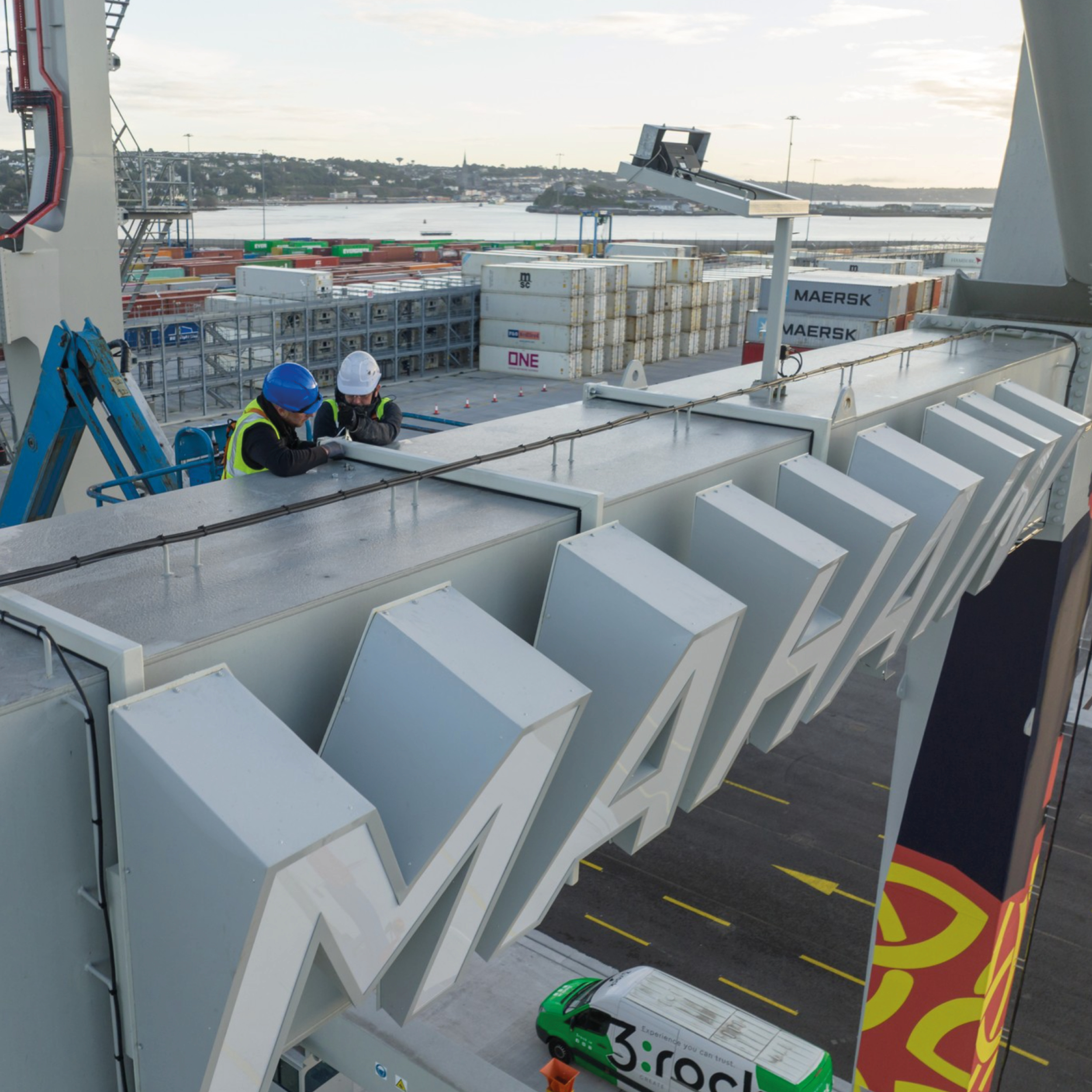 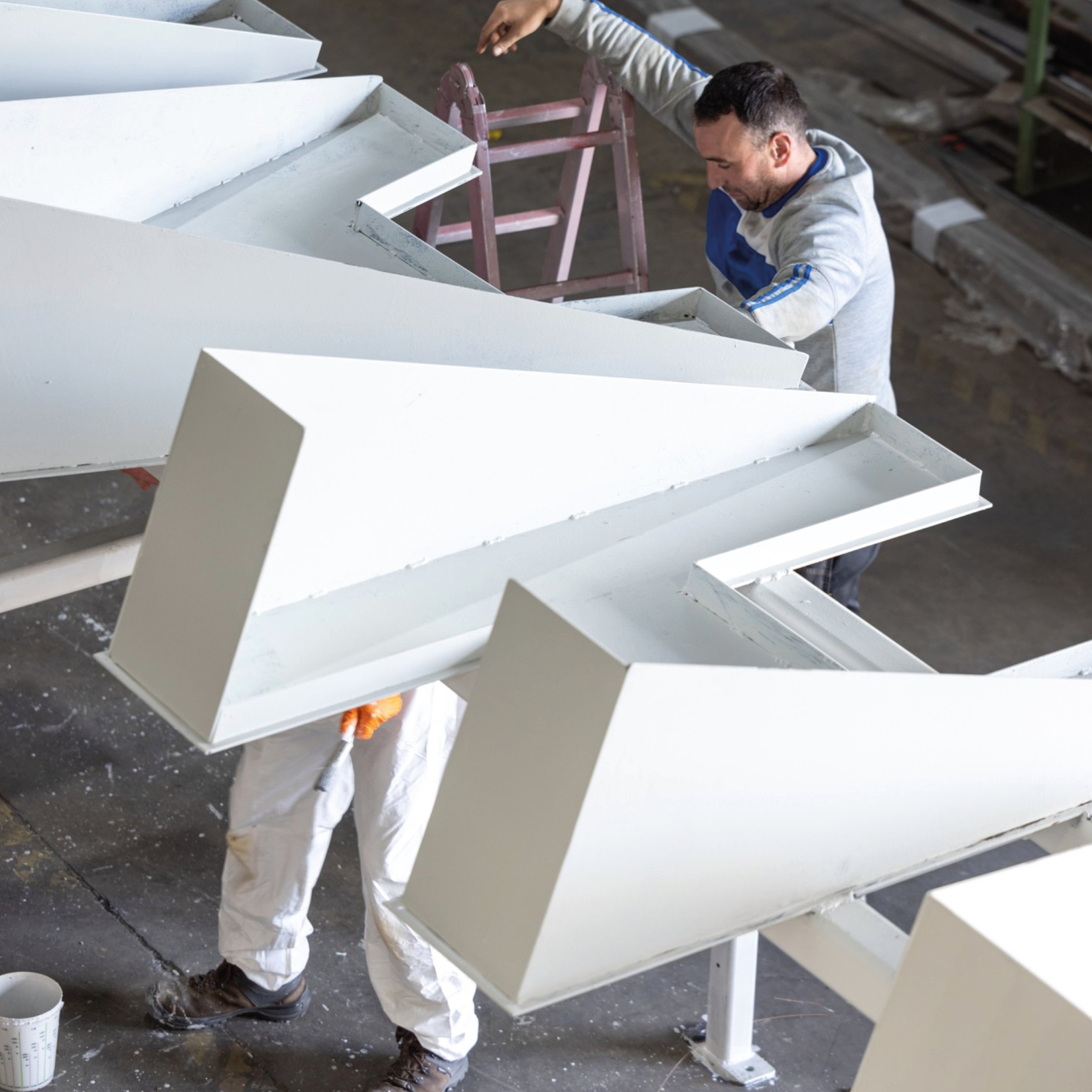 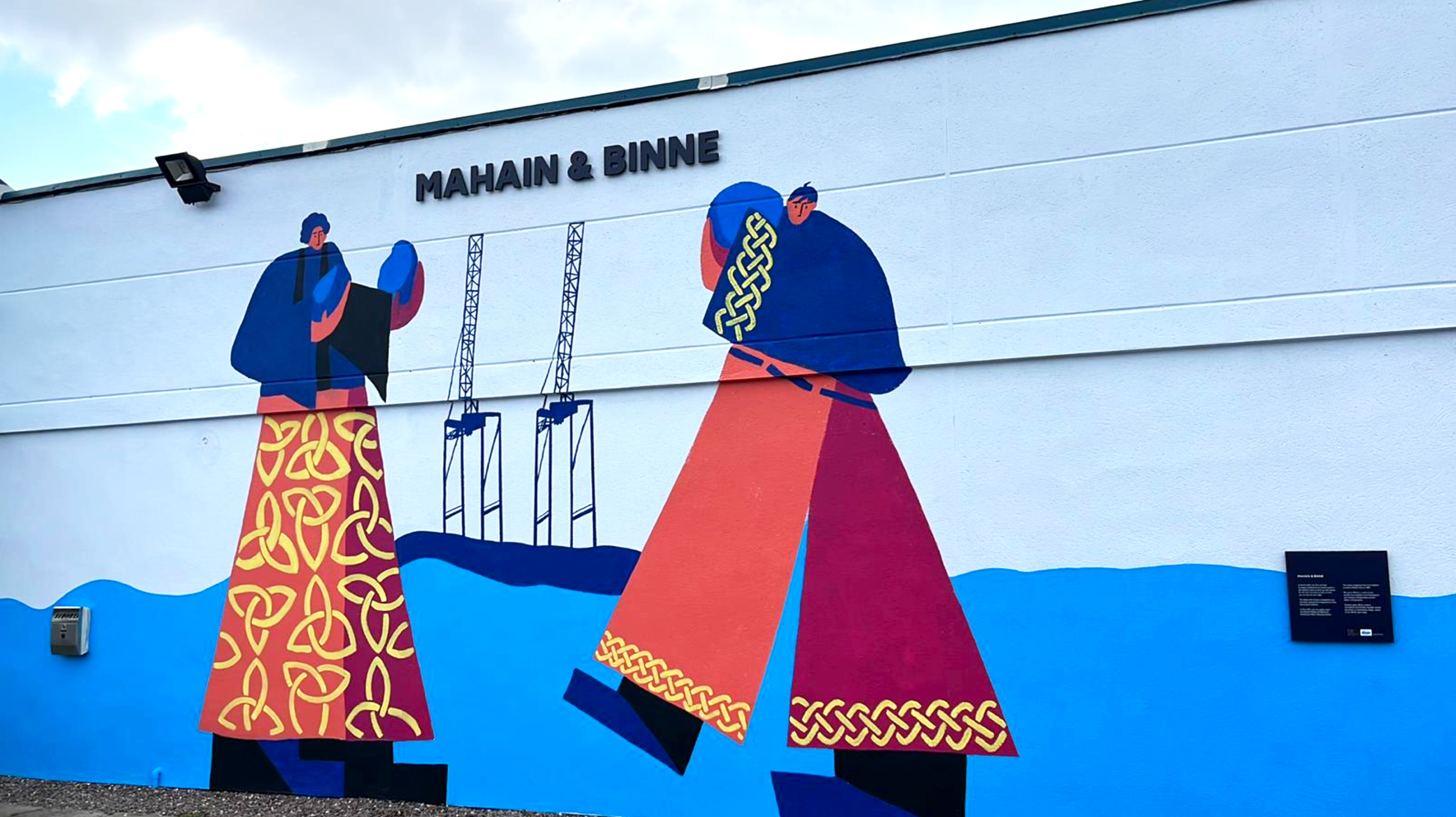